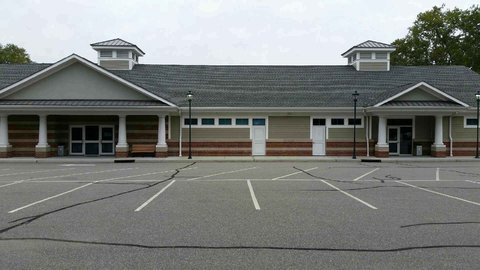 We are primarily concerned with the local courts: district court, city, town (justice court) and village court, because those are the courts that have jurisdiction to hear traffic ticket defense matters in New York State. But the appellate courts (county court, appellate term, appellate division, and Court of Appeals) are also significant because those courts determine the law within the various departments and throughout the State of New York. We will touch on the federal court system because traffic ticket defense matters do occasionally come within the jurisdiction of the United States Supreme Court, when one of the issues touches on US Constitutional law or violation of a federal statute.

First, the trial courts (all lower courts are trial courts) determine the facts in a given case and apply the law to that set of facts in a trial. There are jury trials and bench trials (judge trials). The fact finder, in a trial, can be either a judge or a jury. However, traffic ticket matters in New York State have no right to a jury trial, unless one of the charges is a crime. Most traffic tickets are not crimes.

After the fact finder has determined the facts of a case, the law is then applied to that set of facts to determine the guilt or innocence of the defendant.

The vast majority of traffic ticket cases are disposed of by plea bargain without trial, which is encouraged in New York State. Some defendants are convicted after a trial and some cases are dismissed after an appropriate motion to the court.

If the people (prosecutor) or defendant appeals the case after conviction, he or she would appeal to the county court, appellate term, or appellate division, depending on which lower court the case originated in. If the people or defendant are unhappy with the outcome of the appeal, either party may have a basis to appeal to the New York State Court of Appeals, which is the highest Court of the State of New York.

If the case involves a violation of the US Constitution or a federal statute, the US Supreme Court may take an appeal. But this happens only on rare occasions.

On the appellate level, we have the appellate term, appellate division and the NYS Court of Appeals, although the county court does have some jurisdiction over appeals, even though its primary function is that of a trial court.

The appellate term only exists in the 1st and 2nd Department. We have four appellate divisions in New York State each divided into departments. The appellate term and appellate division only define the law in their individual departments. The law in the First Department may be different than the law in the Second Department or other departments. But the NYS Court of Appeals is the law throughout the entire State of New York. Similarly, the United States Supreme Court, the highest Court in the land, is the law throughout the entire United States. There is only one US Supreme Court which is in Washington, DC.

In New York City traffic ticket defense matters are heard by the Traffic Violations Bureau (TVB), which is an administrative tribunal, not a court of law. If any of the charges is a crime, then the matter is heard by the New York City Criminal Court, not the TVB.

Felonies are crimes that are punishable by more than one year in jail. Misdemeanors are crimes that are punishable by less than one year in jail. Another category of offense is a violation, other than a “traffic infraction,” for which a sentence to a term of imprisonment in excess of fifteen days cannot be imposed. Conviction of a violation is not a crime and that conviction does not result in a criminal conviction.

The cases decided by each department reflect the law in that department. Sometimes there are conflicts between departments, so if the case that you have in hand is from the 4th department, it may not be consistent with the law in the Second Department, if that is where you are located. So, if you are defending a case from the Second Department, you should obtain case law from the Second Department, the Court of Appeals, or the United States Supreme Court. The US Supreme Court is the law throughout the United States. The NYS Court of Appeals is the law throughout the State of New York. And case law from the department where you are located is the law applicable to that department. So, case law from those courts would be the precedent and the lower courts would be obligated to follow that precedent. If you can only find case law outside your department, that may be considered persuasive authority (if no conflicting law exists), but the court is not obligated to follow that law.

The county court is generally a trial court, with limited appellate jurisdiction. Trial courts determine the facts and applicable law of a case. Appellate courts generally do not decide facts, they decide if the correct law was applied to a set of facts.

Appeals from the New York Supreme Court, typically, go to the appellate division in that department. If a further appeal is taken, it would go to the New York State Court of Appeals, which is the highest Court in the State of New York and the Court of last resort, in most cases.

The New York State Court of Appeals focuses on broad issues of law, as opposed to factual disputes. The facts are determined in the courts below, and when a significant legal issue arises, the Court of Appeals decides the law on the pre-determined facts.

The United States Supreme Court may hear appeals from the NYS Court of Appeals which involve issues of US Constitutional Law and violation of federal statutes, but those appeals are few and far between.

One recent case was appealed to the United States Supreme Court arising out of the operation of a motor vehicle focused on the Fourth Amendment right to privacy of a driver of a leased vehicle who is not listed as an authorized driver in the rental papers. Although not listed in the rental agreement, such drivers do have privacy rights which protects them from unreasonable search and seizures, according to the Byrd case decided in 2018.